Dave and I shared a room last night. Dave snored on and off.

Last night I heard Brenda say she was going to get up at 5 am. She would put out breakfast then get the guys up that Bert was going to drive to their put-in on the Kopka River. I got up shortly before I heard Brenda getting the other guys up. I laid in bed for another 1 1/2 hours. I never fell back to sleep.

The coffee was made and Brenda had put some fruit out. I went to my Suburban and got a protein drink and some yogurt.

It was around 08:00 am when we went over to Mattice Lake to see if Don was flying. Nope!

Dave and I took the opportunity to drive to the end of the Caribou Lake Road. We met Mary Jo, from Wisconsin, her and her husband own the Forrest Lodge, We spoke to her before deciding to drive a ways on the Airport Road for a few kilometers. This is a dirt/gravel road and travel is fairly slow. This is the road we will travel coming from Boucher’s Bear Camp back to Armstrong after we complete our canoe trip.

We drove back to Mattice Lake to see if anyone was flying, yet. It was 10:45 am when the Beaver floatplane at a neighboring dock took off with some people. Don Elliott was just taking off in his Otter. Don’s Beaver stayed tied up at his dock. 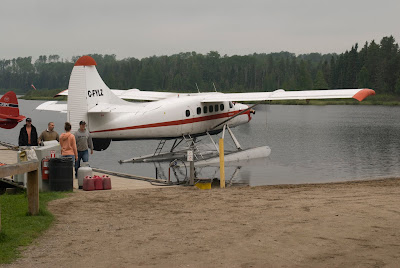 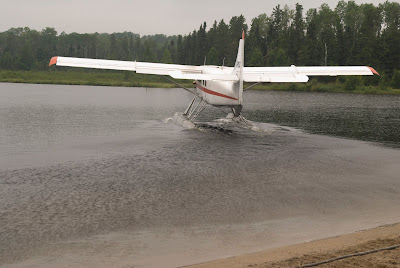 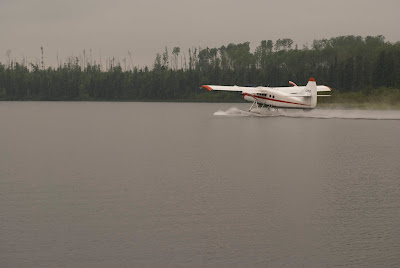 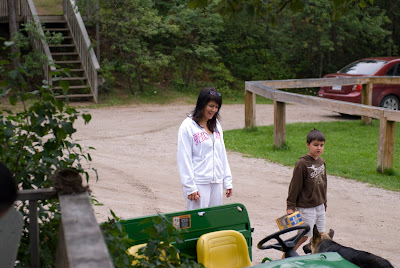 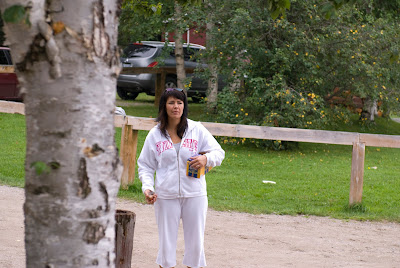 The Beaver next door took about 4 to 5 trips. Don’s Beaver on another lake took one group of two to a lake nearby, but that was it. These two guys stayed at Wildwater’s last night that went in Don’s Beaver, but they weren’t going far. 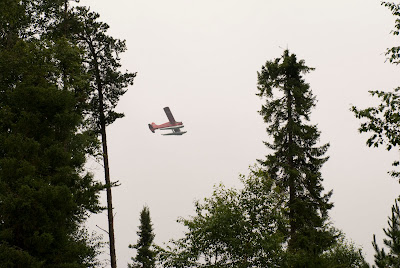 Everyone was watching the skies. Sometimes the sky appeared it was going to clear then the fog would roll in. Don’s outposts on the different lakes were calling in every 15 minutes giving updates on their local weather. They were wondering when Don would be coming. Other guys at the outpost were calling in to have someone call their wives to let them know they weren’t coming out. Some of these people were supposed to be out two days earlier. Other groups have been trying to get into the outpost the last two days. Things were getting severely backed up and the weather wasn’t getting any better. 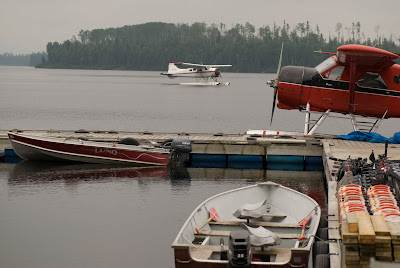 Several of us just sat around and talked. Eventually the rain really started to fall. Just before it did Don took off in the Otter with the group that was staying in the cabin that we were supposed to stay in last night. This group was trying to get to Whitewater Lake. Don returned shortly with this group. Don said he got only to Caribou Lake and had to turn around because of the very heavy fog. 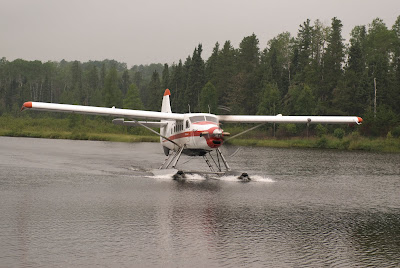 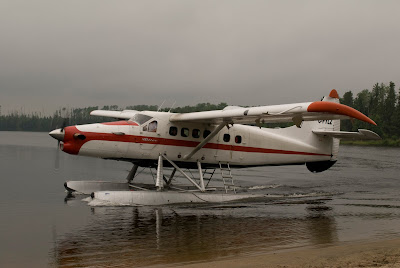 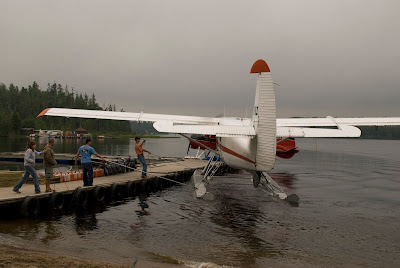 Before all that took place Dave went into town to eat. I stayed behind and ate some chicken, protein drink and a bagel with some peanut butter. I wanted to finish off some of the food I brought from home.

There were groups of fishermen from New York, Wisconsin, Iowa and other places. Most of the people were taking the delays in stride others not so well. 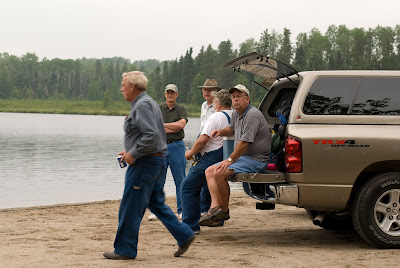 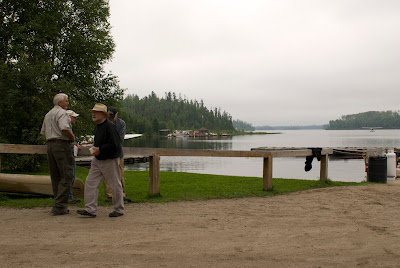 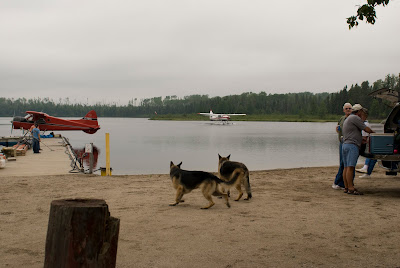 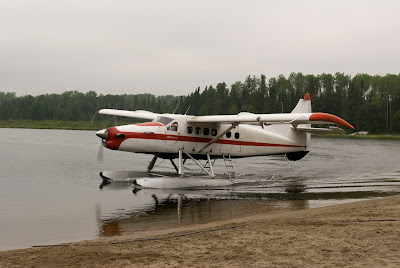 Finally about 5 pm Don came out and told everyone that they weren’t going to try and fly anymore today. They were trying to find accommodations for everyone that was stranded who were flying to one of their outpost. That left Dave and I to find our own lodging tonight. Well, we hoped Wildwater’s had room. 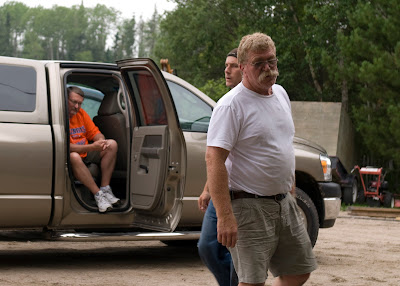 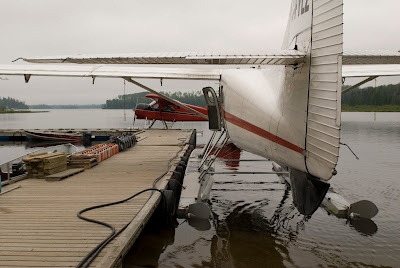 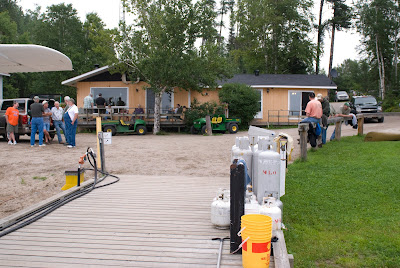 There was one group of four that was going to sleep on cots in the office of Mattice Lake. They were going to be joined by a father and his adult son. Other people were going to Elliott’s private cabin on MacKenzie Lake. Don made the offer for us to stay on the floor or a cot in the office, if there was room. 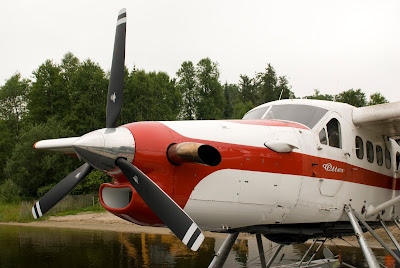 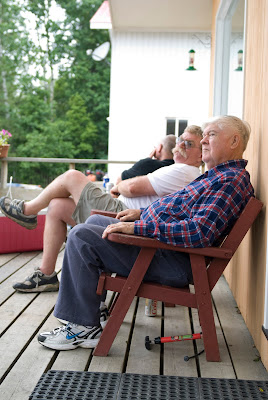 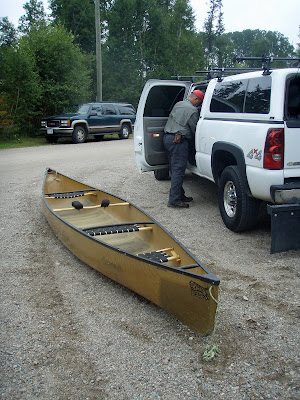 We decided to spend the money and stay at Wildwater’s if they had room. We talked to Brenda who said they didn’t have room even though there wasn’t anyone there other than the three of us. We checked in after Brenda was done pulling our leg.

Dave and I went back to E & J’s in Armstrong for another wonderful special.This time it was roast chicken breast, mash potatoes with gravy, piece of bread and dessert.

When we arrived there was another father and son who were being flown by another outfitter and they were grounded. More groups started arriving to the restaurant. I also saw a couple with their two teenage children come in to eat dinner.

Back at Wildwater’s we talked to Brenda. We kept watching the weather while I wrote in my journal.The closest town on the weather station was Thunder Bay and it’s 150 miles south. 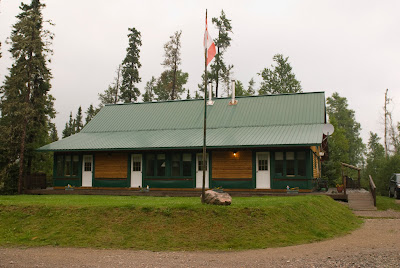 Bert told us last night he hasn’t seen this much water in the rivers at this time of the year in the past 10 years. He told us the water level was spring time levels.

The couple with the two teenage children that I saw earlier at E & J’s came walking in. After they got settled in we began to talk about their trip. They were from Toronto, Canada and they have been taking a yearly family canoe trip.

They had decided to do about a week long trip as I recall maybe 10 days. They were going to fly into Burntrock Lake then paddle out of the park. They planned to do some of the same route that we travelled last year. They had some topo maps of the area, but they didn’t have any portages or other information marked on them. I tried to help them the best I could with what I remembered. They mentioned last year they went to Quetico with their maps and did the same type of planning. Very little, if any! I have a different personality and wouldn’t think of just grabbing a map, a canoe, then leave without being some what better prepared.

Now that I’m sitting here at my computer writing this trip report after we have experienced the extremely high water I hope they made it without any mishaps. I gave them my blog address while at Wildwater’s and I asked them to e-mail me to let me know how their trip went, but I have never heard from them.